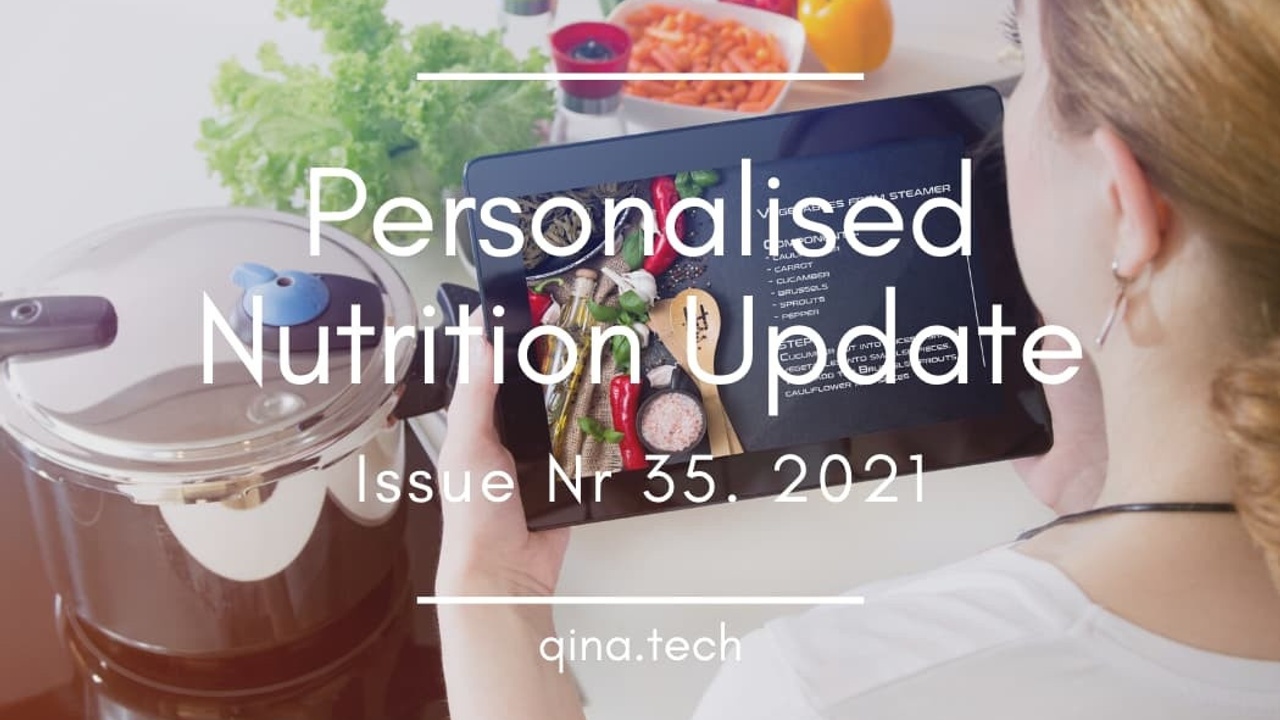 It's official, the industry is exploding right now. We are adding new companies to the platform by the dozens each week, and we think this is only the beginning!

The proportion of UK people reporting eating and drinking plant-based alternative foods such as plant-based milk, vegan sausages and vegetable burgers nearly doubled between 2008-2011 and 2017-2019, according to a new study in Science of the Total Environment.

Trends from more than 15,000 individuals aged 1.5 years and over were analysed using consumption data from the National Diet and Nutrition Survey 2008-20191. The team found that the proportion of people that reported to eat and drink plant-based alternative foods nearly doubled over the period of the study from 6.7% to 13.1%.

The largest increases were reported among Generation Y (11-23 years old), Millennials (24-39 years old), and among those that reported low meat consumption. Women were also 46% more likely to report consumption of plant-based alternative foods than men. This is great news when considering the plant-based trend and environmental spotlight. 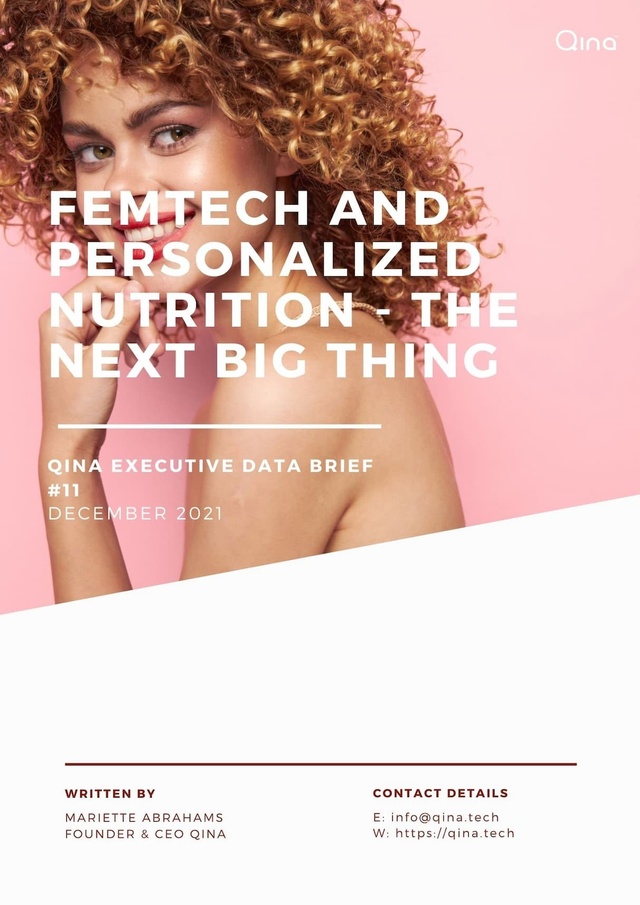 We are busy putting the final touches on our deep dive into why FEMtech and Personalised nutrition are the next big trend out next month! Members only. Get in touch about our Qina membership options.

This review approaches the role of AI technology in the development of functional food ingredients (FFIs), and discusses the lagging on FFI-producing companies to adopt AI technology. "At present, most FFIs are developed in extrapolation from a limited number of ingredients with known health effects, in an inefficient, unfocused, costly, and exceptionally slow manner (...) [the] AI will enable the most efficient discovery and characterisation of innovative physiochemically and biologically characterised FFI products. These nutritional interventions will have the capability to be developed to address unmet consumer needs in the future at the levels of both individual and population health and a safe and sustainable food system".

“Limiting postprandial glycemic response (PPGR) is an important intervention in reducing the risk of chronic metabolic diseases and has been shown to impart significant health benefits in people with elevated levels of blood sugar. In this study, we collected gut microbiome activity data by assessing the metatranscriptome, and we measured the glycemic responses of 550 adults who consumed more than 30,000 meals, collectively, from omnivore or vegetarian/gluten-free diets. We demonstrate that gut microbiome activity, anthropometric factors, and food macronutrients modulate individual variation in glycemic response.”

This article aims to validate the nutriRECIPE-Index at a university canteen in a 6- week menu period (106 recipes). The nutriRECIPE-Index comprises 24 nutrients and nutrient groups and is the first one to consider bioactive plant compounds. "The resulting scores of the recipes and menu lines showed substantial differences, wherein the meals of a health-promoting menu line usually received higher scores than the standard recipes. (...) The nutriRECIPE-Index was better [compared with other indexes] at identifying the worst menus and could better separate mediocre menus from good menus".

This review discusses the dietary manipulation of the microbiome. More specifically aims to discuss the topics of: "(1) early dietary influences on the infant gut microbiome; (2) patterns in diet and their components which drive differences in the gut microbiome and their benefit or detriment to the host; (3) the importance of inter-individual variation in influencing response to dietary interventions." 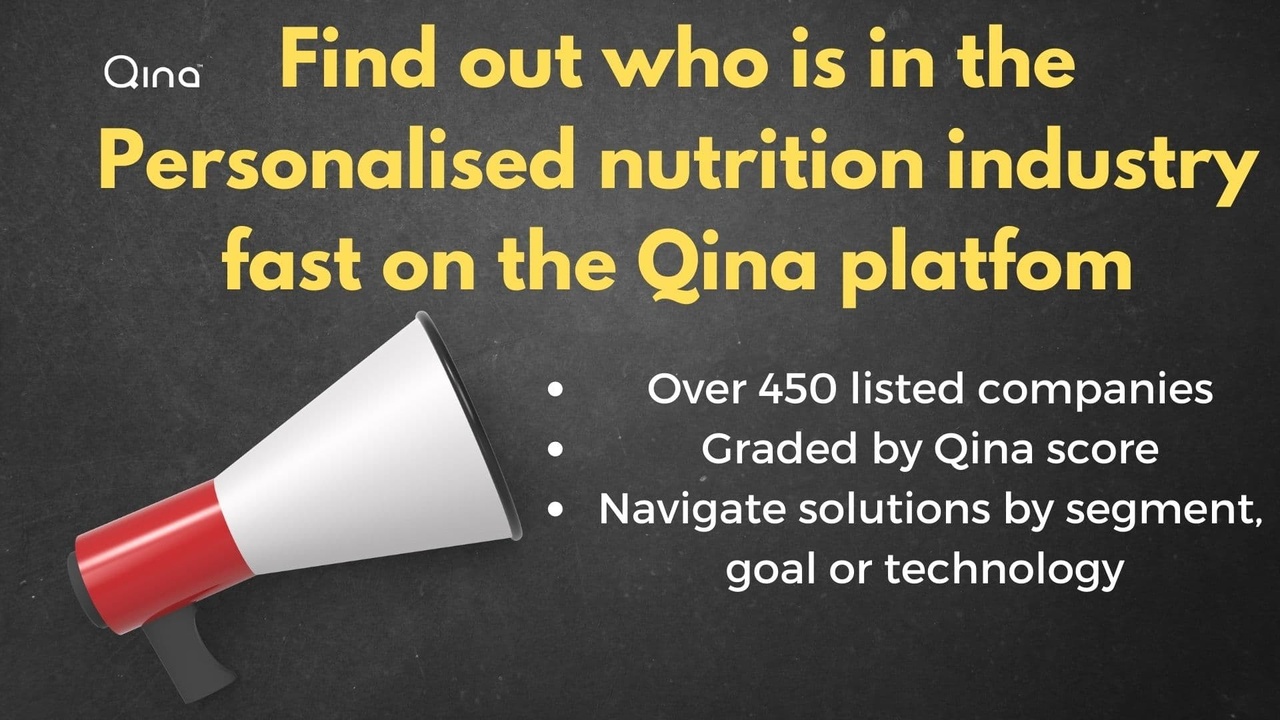 Nestlé Health Science (NHSc) is starting in Quebec, Canada, their first fully remote clinical trial. The fully virtual study is investigating the effectiveness of a ketogenic nutritional supplement developed by Nestlé in reducing the number, intensity, and duration of migraines in people with episodic migraines. The digital platform allows participants in the province of Quebec to be screened, recruited, and tracked in real-time across the five-month study, all from a single, easy-to-use, virtual interface.
Related Articles:
PNU 20/2021: Nestlé Health Science’s Vitaflo acquires Dr. Schär’s brands for genetic disorders and milk protein allergy

Bringing fruit and veg QC into the ‘digital age’: ‘We want to be the golden standard for fresh produce quality control’

Clarifruit is an Israeli start-up that created AI software to ensure quality control processes in fresh products during the supply chain. The software is made of two components: a smartphone app for QC (quality control) inspectors and a management & analytics dashboard for operations directors. By using the front-end smartphone app, inspectors take photos of the fresh produce and machine learning technology analyses its external attributes, including colour, stem colour, and size. Clarifruit's quality standard algorithm leverages its Big Data library, which contains more than 100,000 photos and produce attributes with similar characteristics.

"Taiwan-based diabetes management app Health2Sync has launched the latest version of its mobile app for about 200,000 users in Japan that now integrates continuous glucose monitoring data from the Abbott FreeStyle LibreLink mobile app”. This data integration will allow customers to view data on their diet, weight, and blood pressure, along with CGM data on their Health2Sync app. The app also displays exercise data captured from Fitbit.

DishQuo is an insulin science-based meal planning app that has more than 1,000 recipe options. DishQuo's focus is to customize customers' recipes to ensure their specific lifestyle and health needs. Their menus include options such as diabetic-friendly, kid-friendly, flexitarian, vegan, vegetarian, dairy-free, gluten-free, nut-free, and pescatarian. Additionally, the customer can personalize their menus by adding ingredients. DishQuo is now available in the Apple App Store and Google Play Store.

ADM has completed its acquisition of Deerland Probiotics & Enzymes. While the financial details of the purchase have not been released, the agri-food giant is setting its sights on diversifying its health and wellness portfolio. “One of the fundamental structural demand trends driving ADM’s growth is consumers’ increasing focus on health and well-being, with global demand for health and wellness products estimated at more than US$775 billion,” says Vince Macciocchi, president of ADM’s Nutrition business.

Ocean Spray has teamed up with Brightseed's AI platform Forager, to profile the compounds in cranberries and surface new connections between cranberries and human health. And just with a few months of A.I.-powered analysis Forager has found 10x more bioactive phytochemicals and 4x more phytonutrients across a sample of Ocean Spray's cranberry varieties.

This new startup aims to reduce the gap between consumers and nutritional therapists to support in selecting the right nutritional supplements.

A trend that starts to appear is a demand by consumers with high bioavailability ingredients. This article approaches the differences between the definitions of ‘absorption’ and ‘bioavailability’. "Absorption is the process of the movement of a substance or drug from the site of administration to the systemic circulation", but doesn't necessarily mean that the substance is more bioavailable. On the other hand, a more bioavailable substance provides significantly high bioactive “free” nutrients upon oral intake which means smaller effective doses. This tendency will change the rules of nutritional claims and will create new technologies, such as the Fenumat technology, that can help ingredients be more bioavailable in food or supplements.

The Health Claims Unpacked is an EIT Food-funded research project founded in 2019 that aims to study how health claims impact consumers' nutrition perceptions. In hits latest update, the researchers conclude that the cultural ideas about food and eating, the labeling color and design, the language, words, and how the claims are grammatically written across the EU Member States make it difficult to harmonize the health claims communication.

Do you need to fill a position in your team for your personalized nutrition company? Are you struggling to find that perfect mix of tech, health, nutrition and business? Or maybe you are looking for an advisory board member? After being asked countless times for recommendations and advice, we are opening our newsletter to companies who are looking to recruit new team members. Our newsletter is read weekly across the globe by companies, healthcare practitioners, organizations, researchers and advisors. The process is simple and pain-free, get in touch today.