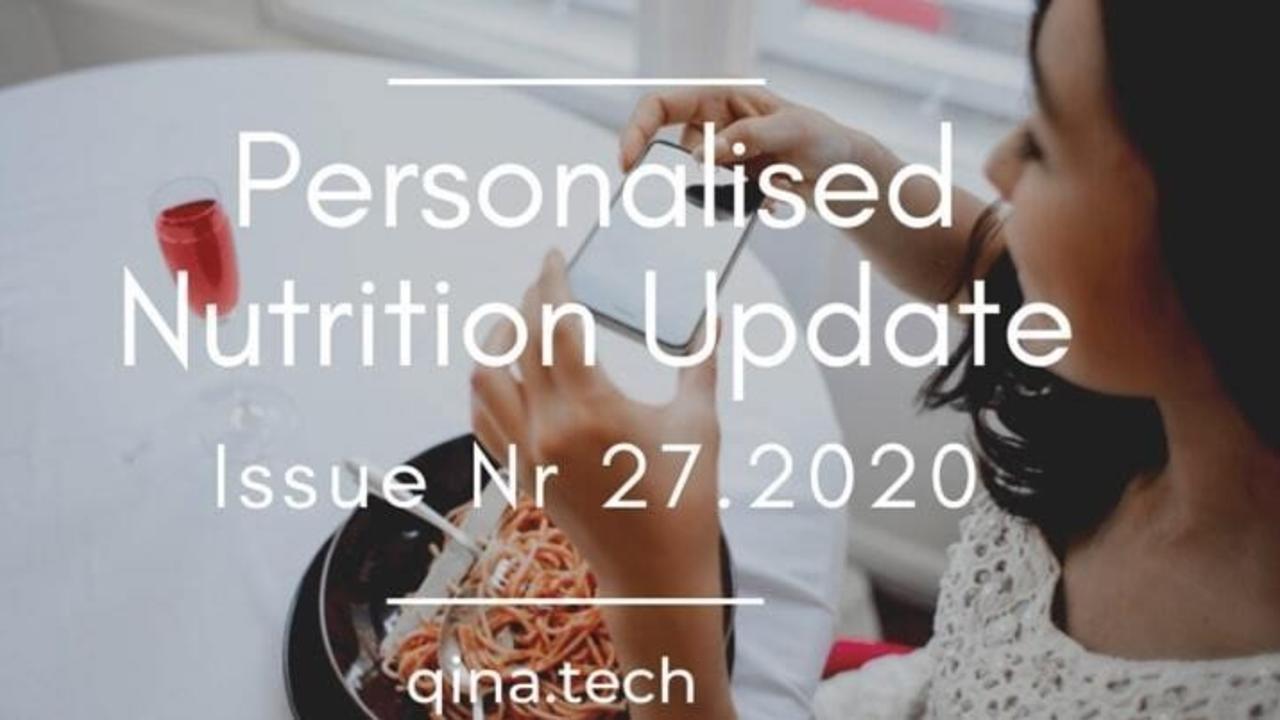 Are metabotypes the next big thing in personalised nutrition?

It is mental health awareness week and with everything that is going on around the globe and immediately around us, we really do need to take the time to care of ourselves and our loved ones. The two things that help me to stop or slow down. are yoga and walking. Whatever is your preferred way of slowing down, make sure you make it a priority on a daily basis.
In this week’s newsletter: Time to get planning for 2021!, The latest research, new app will try to connect the dots in healthy food consumption, Google develops a new tool for the restaurant industry, Beneo meets consumer demand for clean-label, lessons in corporate/startup partnerships, and lots more!

Now is the time to plan your projects and events for 2021 – how can we help?

Eventhough times are a bit uncertain at present, we need to stay optimistic and plan for the uptick in the demand for evidenced based solutions, services and support.
We have been working hard in the background to set up new services that can help companies, startups and consultancies get ready for 2021.
Here are some examples of how we can help: 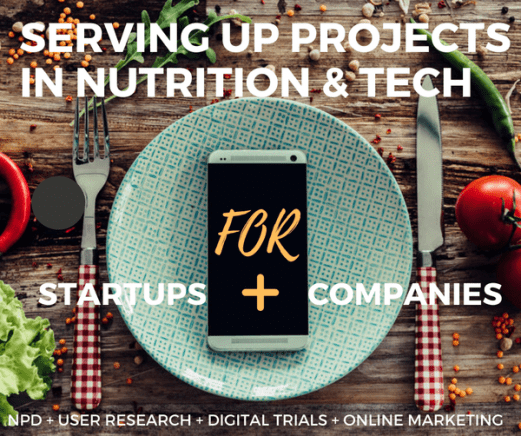 This study measured the plasma levels of a gut leakage marker (LPS-binding protein, LBP), a marker of enterocyte damage (intestinal fatty acid binding protein, IFABP), a gut homing marker (CCL25, ligand for chemokine receptor CCR9) and markers of inflammasome activation (IL-1β, IL-18 and their regulatory proteins). It aimed to relate them to the cardiac involvement in 39 COVID-19 patients. The results showed that “compared to controls, COVID-19 patients had elevated plasma levels of LBP and CCL25 but not IFABP, suggesting impaired gut barrier function and accentuated gut homing of T cells without excessive enterocyte damage (…)  Also, markers of inflammasome activation were moderately elevated in patients with cardiac involvement. LBP was associated with higher NT-pro-BNP levels, whereas IL-18, IL-18BP and IL-1Ra were associated with higher troponin levels”.

This review aimed to analyze “a unique data set on packaged food products in the United States across 44 categories over 16 years”. The results showed that “FOP (front-of-package nutrition labeling) system adoption in a product category leads to an improvement in the nutritional quality of other products in that category. This competitive response is stronger for premium brands and brands with narrower product line breadth as well as for categories involving unhealthy products and those that are more competitive in nature”

Optimisation of a metabotype approach to deliver targeted dietary advice

Telomere length and its relationships with lifestyle and behavioural factors: variations by sex and race/ethnicity

Interactive nutrition app to put consumers in the driving seat

FoodNed is an interactive nutrition platform that wants to be different by offering consumers a place of trust, where they can go with their personal information to get personalized nutrition advice across multiple channels. The consumer won’t start by filling out a lot of questions but, they will “talk” with the app by a two-way conversation. This application is “about consumer empowerment – the consumer will get better advice on what fulfills their needs in terms of flavor, price, convenience, health benefits and ethical concerns. They will get the dynamics, and the behavioral side of personalized nutrition: “what a person wants and needs on a Tuesday morning differs greatly what they need on a Friday night”, said Nard Clabbers, CEO of FoodNed.

Latis is a food sustainability platform provided by HowGood which helps to determine the source location, sustainability standard, and environmental impact of food ingredients. Latis, for example, tracks the impact on greenhouse gas emissions, water usage, soil health, animal welfare, labor risk, and working conditions of the ingredients. Composed of 30,000 ingredients, HowGood has announced that Danone North America will start using this platform as a tool to make Danone’s existing and future products more sustainable. This is the second partnership in this area, after Danone had partnered with Brightseed to use its artificial intelligence (AI) platform to uncover phytonutrients of certain plants.

The COVID-19 pandemic has empowered digital tools, and Google, has designed a new tool, called “Reserve With Google” for the restaurant industry. This tool consists of the customers adding to the restaurant’s waitlist digitally, while they are still at home, and receiving real-time estimates and updates on their wait time. The guests are notified via text message when they are close to the top of the waitlist and can then check in virtually when they arrive at the restaurants. The restaurant management platform Sevenrooms announced today it has integrated its waitlist feature with Google’s reservation tool, Reserve With Google. 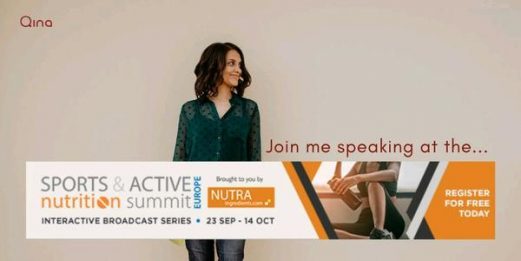 According to Beneo, “there has been a global shift among consumers towards clean and clearer labels that promote natural claims, and a willingness to pay a premium for products that do so”. The right ingredients can successfully tap consumer desire for both clear labels and improved nutritional profiles. Examples of this are inulin, oligofructose, non-GMO, prebiotic fibres from chicory roots, rice starch and wheat protein. These ingredients are helping food and beverage manufacturers create direct and explicit labels.

Oat milk surges to second most popular in plant-based dairy

This article is about the market development and sustainability of oat milk on the vegetable beverages market. Oat milk is the second most popular plant-based milk, only defeated by almond milk, which has 63% of the total market. the main reason for his popularity is that we can reduce carbon dioxide emissions, and oats are a sustainable crop that aren’t associated with deforestation or excessive need for water.

The Earth’s sustainability is an immense problem nowadays and according to the Washington Post, if food waste were an independent nation, it would make the third largest contribution to global warming, behind the U.S. and China. Based on this, the 10x20x30 initiative has been created, with nearly 200 major food suppliers, manufacturers and retailers — including Ahold Delhaize, Walmart, Kroger, Mondelez, Nestlé, and PepsiCo on board. Their goal is cutting their food waste in half by 2030. The companies will produce annual reports on their food waste, which they are encouraged to share publicly on the Food Waste Atlas website. Even so, this is a small step for humankind according to a report by the nonprofit ReFED. As 80% of food waste is attributable to consumers, grocery stores and restaurants. Manufacturers are only responsible for 2% of the total volume of food waste.

Food for ageing populations: What, how and where will the elderly be eating in 2030?

The report “Food in 2030 for the elderly living at home: A user-centred approach to creating opportunities”, have predicted what they believe will be on ageing peoples’ plates, where and how they will eat their meals, and what role sustainability will play in these choices..
The findings revealed that:
– In 2030, older adults will want to eat food that has other flavors and ingredients that are influenced by their experiences of other food cultures. Their preferences for traditional and familiar dishes will not align with alternative ways to consume nutrients such as pills or injections.
– Sustainability will be very important because now many are vegans or vegetarians and alternative sources for meat have become normal. On the other hand, new protein sources such as insects, 3-D printed meat, cell-grown meat, and plant protein, will have increased their market share among younger adults but will not have established themselves in the everyday food of the oldest adults in 2030.
– Eating “on the go” will not be an option, and lunch will be the meal that the majority eats out as well as the most social meal.
– By 2030, physical meetings and digital meetings places will be alternated.
– Ten years from now, the researchers expect that older people will continue to pay for groceries at supermarkets and local food stores. 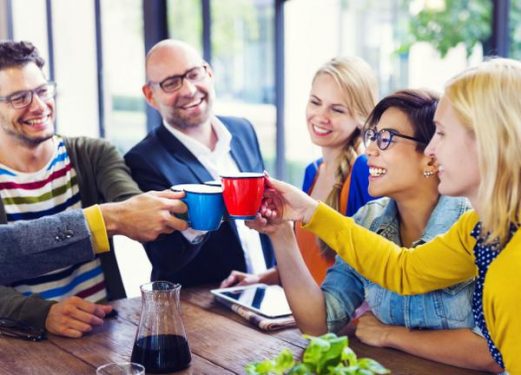 This recently published paper by McKinsey is so important and relevant in the personalized nutrition space. It highlights that corporate/startup partnerships are not always as rosy and glowing as they seem or sound. Do you agree?
Grab a cuppa, this is a great read! click here

The hub for insights on personalised nutrition

We use your data to personalise and improve your experience and to send you information. You can change your preferences anytime. By clicking “Continue”, you agree that you have read and agree to our Terms and Privacy Policy.